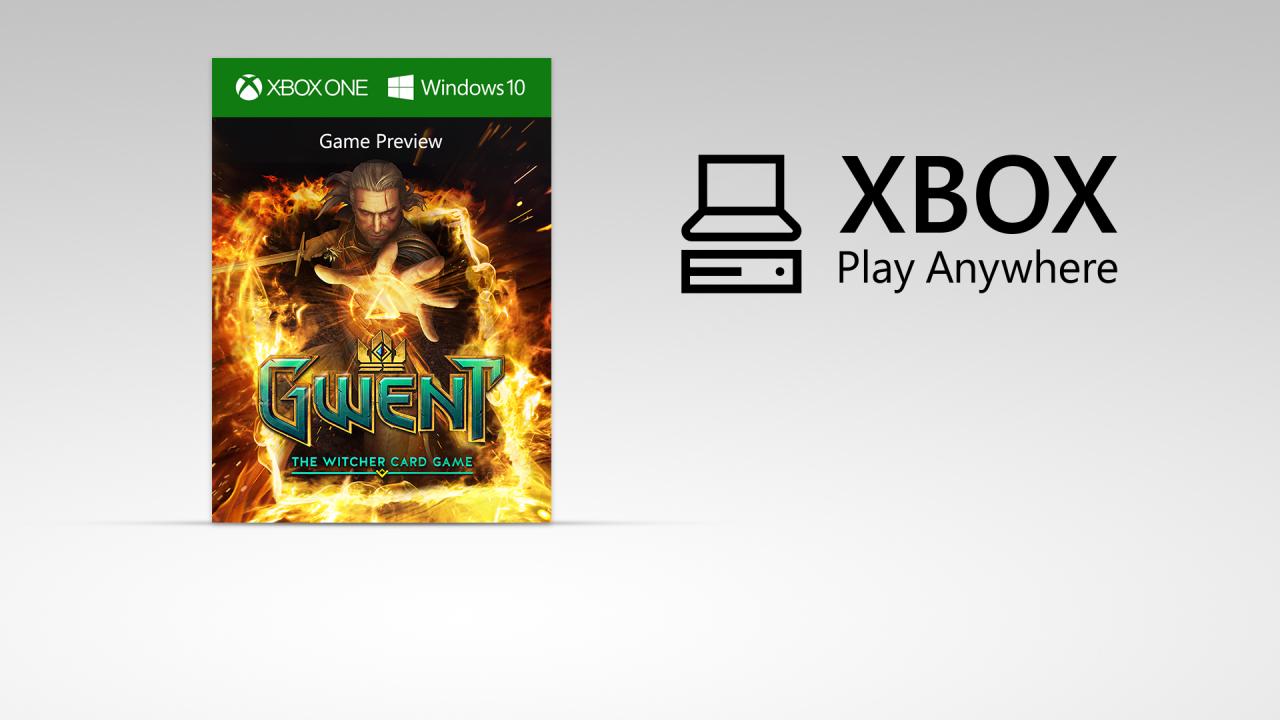 GWENT OUT NOW ON WINDOWS 10 STORE

October 5, 2017
You can now download GWENT from the Windows 10 Store. This version comes with support for Xbox Play Anywhere, meaning your in-game progress and purchased items will carry over between the Xbox One and Windows 10 Store PC versions of the game.
To take advantage of Xbox Play Anywhere, you will need to have installed the Windows 10 Anniversary Edition update on your PC (if your Windows 10 system is up to date, it means you already have it), as well as the latest update on your Xbox One console.
Then, simply log into your Xbox Live/Microsoft account and start playing GWENT to pick up where you left off on another Xbox One or Windows 10 PC.
comments (17)
Share: