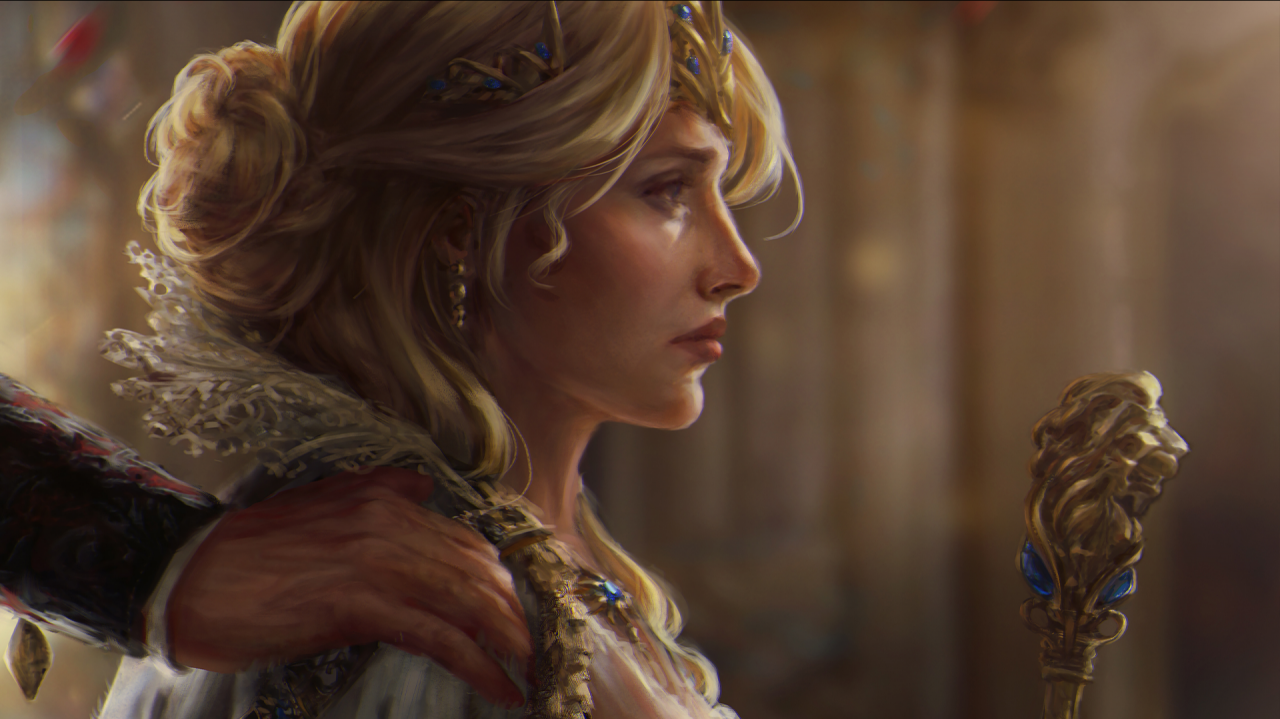 24 new cards, a special murder mystery Saovine Event, and a bunch of changes to existing cards await you in the 10.10 Update!

Chronicles - Explore the lands of myth and legend, and retrace the steps of those that forged their status. The Chronicles card drop introduces four new cards to each of the six factions.

Saovine Event - Celebrate the upcoming Saovine! This event will be held in Reward Book where you can unlock special vanities by playing GWENT and completing quests. If you are curious what happened during the Saovine Party in Lady Orianna's Estate dont forget to also read the story by unlocking Story Nodes from Geralt's and Dandelion's perspective.

Event starts on October 27th and ends on November 7th.

Radeyah - Provision cost changed from 11 to 10.

Shupe: Hunter power changed from 4 to 6.

Shupe: Knight power changed from 8 to 10.

Damage an enemy unit by 1.

Deathblow: Play a bronze card from your hand, then move Sihil back to your hand.

Initiative: Also increase the damage by 1 for the rest of the game. If the damage was 3, transform into Masterful Sihil instead.

Damage an enemy unit by 3, then play a bronze card from your hand, then move Masterful Sihil back to your hand.

Damage an enemy unit by the power of your highest-power unit. If it was on a row with Frost, destroy it instead.

Arnjolf the Patricide - Power changed from 11 to 12.

Deploy: Spawn a Svalblod Fanatic on both sides of this card.

Order: Damage an allied unit by 2.

Seagull - Updated the tooltip to reflect its behaviour better as it is intended to react to units that become either damaged or destroyed.

Mobilization - Provision bonus changed from 16 to 15.

Spawn a base copy of a bronze allied Soldier on its row and boost both units by 3.

Call of the Forest - Provision cost changed from 10 to 9.

Whenever you boost one or more enemy units during your turn, boost a random allied unit by 1.

Braathens - Power changed from 4 to 3.

Cahir Dyffryn - Power changed from 5 to 7.

Melee: Whenever an enemy unit receives a boost during your turn, boost self by the same amount.

Deploy: Play a bronze Tactic from your graveyard and give it Doomed.

At the end of your turn, boost self by 1.

Grace 8: Move self to the opposite row and Purify self.

Provision cost changed from 7 to 6.

Deploy: Boost an enemy unit by 4, then boost self by 4.

Order: Boost self by the last boost you gave to an enemy unit this round.

Provision cost changed from 7 to 8.

Deploy: Choose an unboosted enemy unit, then play the top card from your deck and boost that unit by that card's provision cost.

If you control Milton de Peyrac-Peyran, you may choose from the top 3 cards of your deck instead.

Provision cost changed from 7 to 10.

Deploy: Boost an allied unit by the combined power of units adjacent to self.

Ducal Guard - Power changed from 4 to 5.

SlaveDriver - Power changed from 4 to 3.

Collusion - Provision cost changed from 10 to 9.

Sigi Reuven - Now has the Agent and Aristocrat tags.

Ardal aep Dahy's Deploy abillity can now be cancelled before selecting a target.

Disloyal units played in the Double Down seasonal mode no longer play a seconnd card from the opponent's deck.

Eist Tuirseach no longer fails to trigger Dimun Warship's Deathwish when bringing it back from the graveyard.

Fallen Rayla now correctly reacts to units that are Spawned before play.