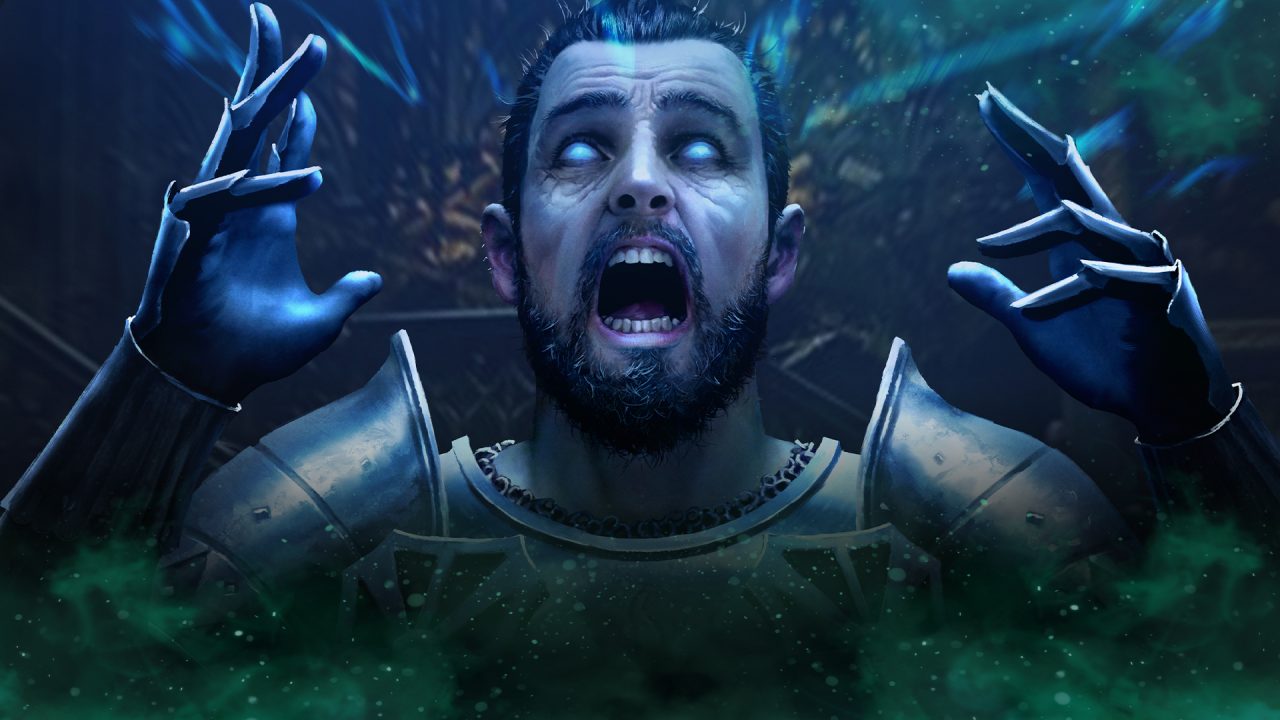 Update 7.1 is coming to all platforms tomorrow, August 4th, together with a brand new Journey! We've also tweaked the automill functionality, with 3 different options, and as always introduced multiple balance changes for existing cards and leader abilities.

The auto-milling feature now can be configured to work in one of three ways:

• Resource Focused - "Mill all extra copies of cards above the deck limit, with a preference to keep Premium versions of cards. Recommended for those looking to quickly obtain resources in order to craft more new cards."

• Standard - "Mill all copies that exceed the deck limit. Premium, as well as Standard versions, will be milled separately. "

• Premium Focused - "Keep extra copies above the deck limit in order to transmute them into Premium versions. Recommended for those who want to extend their Premium collection."

You can choose which setting you prefer through Milling Settings in the Deck Builder.

• Progression - option to progress above level 100, where Journey quests and the daily boost will count, every level will grant 2RP

• Story Panel - one story, each week in a separate page

Developer comment: Ciri's effect is quite unique and powerful, but her stats were always a bit of an issue, as giving her more base power makes her much harder to deal with. Now she will damage 3 random enemies on Deploy, leaving her base power vulnerable enough to match the impact her ability might have, but also allowing her to contribute to the score on her own, provided the round she is played in has been going for long enough.

Developer comment: Ciri: Nova has been completely reworked to offer a new deck building challenge to those who wish to unlock her full power. While the statuses Nova gains can be removed all at once, she should still be quite a powerful play thanks to her high base power and potential benefits that Resilience gives you. She just won't be hanging out with any other Ciri cards and Imperial Diviners are more threatening to her than ever before.

Developer comment: Ciri Dash will simply trigger a turn earlier now. Considering that an average bronze card can easily be expected to give players 6 points, she ends up being an engine with higher risk, but higher reward. Her provision cost was slightly increased both to match her potential power, as all Ciri cards are now a much more powerful way to try and seize card advantage.

Developer comment: Ceremonial Dagger has had it's damage replaced by 5 Bleed. Simply increasing the damage this Stratagem does would only end up breaking it, because reaching certain thresholds means the player going first would not only be able to set their engines first, but also easily control their opponent's engines. Bleeding is a compromise to keep the damage flavour while also making the Dagger on par with other Stratagems.

Developer comment: Crystal Skull will now apply Veil instead of Purifying, keeping it's function as a stratagem that protects you from statuses. This change makes it more proactive and potentially saves the target from more than one status.

Developer comment: Caranthir Ar-Feiniel is just another card that ended up with an enormous pool of great targets and synergies, which grows with each expansion. Restricting his Deploy ability to Monster faction trims this list considerably, removing a handful of potentially toxic interactions and making space for more Neutral cards with powerful effects.

Developer comment: Second Wind's ability to play Skellige cards from graveyard is now limited by target's provisions, making it harder to re-use Deploys of powerful cards that have already died a warrior's death. This change should surprise nobody after playing against Skellige lately. Second Wind in its current state absolutely requires a condition for its ability for other leaders to match it in power. Provisions are an easy enough solution to limit it's options without changing the ability completely.

Developer comment: You can now save the top card of your deck from Dimun Pirate by fulfilling a condition of playing any Ship first. This extra flexibility lets players decide when exactly they want to aggressively thin a card of the top.

Developer comment: Rupture status will now damage it's target by base power instead of it's total power, which leaves more space to play around it and considerably lowers it's potential to just remove anything on the board.

Developer comment: Tyrggvi Tuirseach has received a small Power increase to compensate for changes made to Rupture status.

Developer comment: Drummond Berserker will now transform when reaching 3 power instead of 2, putting his maximum value closer to a 5 provision card.

Developer comment: Queen Adalia, similar to Caranthir, has seen her potential pool of targets grow with each expansion and reached a point where it is hard to continuously balance everything around her ability, thus it was restricted to Northern Realms only. Her Provision cost was lowered slightly as this removes one of the most powerful potential targets for her.

Developer comment: Without exaggeration, Vissegerd has really been doing it all, acting as a finisher, far reaching removal, helping with damage set-up or even a charge engine if necessary. Removing Formation makes the upsides of playing him have at least a little bit of a downside, as his order is no longer bundled with Zeal.

Developer comment: Pyrotechnician has gotten better at finding cover and can now survive the explosion even if not wearing glorious Mahakam forged Armor.

Developer comment: Dwarven Agitator and Vrihedd Saboteur are now on the same power level for their respective tribes.

Developer comment: Jacques de Aldersberg now has the ability to turn coins into boost for himself after evolving once, opening new ways to use his profit and passive ability he gains as Grandmaster. It should make him much more versatile and offer more interesting decisions to make while playing the card.

Developer comment: Hidden Cache is coming back to its initial Profit per use, but with reduced provisions. This change should give it back some of its power without pushing it way out of line.

Developer comment: Kurt loses his Intimidate and gets 1 provision cheaper for it to eliminate the contradiction that is created by having a very reactive deploy effect that you want to be patient with coupled with a proactive keyword that you want to play as early as possible.

Developer comment: Swindle, as a Crime performed by Crownsplitters, will now always reach its maximum value with 2 of them around. It's maximum and minimum profit was also risen to make it more competitive with other bronze Crimes.

Developer comment: Halfling Safecracker Instead of giving one coin on play will now benefit from all the Crimes in the player's hand through Intimidate, which should make it much easier to fit him in a deck that is planning to do some mischief.

Developer comment: Salamandra Assassin has lost both restrictions of his Order ability and now can hit his targets freely and from anywhere, making him much simpler to use with or without Bounty.

Developer comment: Witch Hunter Executioner is now cheaper to employ. Bounty has lost its lustre over time and with the introduction of Veil, it grows harder to make it work, so Witch hunters are lowering their prices to combat this crisis.

Developer comment: Professor is now cheaper to employ. Along provision cost reduction to Witch Hunter Executioner, the core cards that capitalise on bounty are now easier to fit in the deck with other tools

Developer comment: Small increase in power to Tidecloak Hideaway makes it's worse case scenarios a little better so it is much safer to include in decks that already leaned towards Pirates.

Android only: Game update size will be smaller and contain only changed data.

And this concludes the patch notes for Update 7.1. Catch you next time and enjoy your new Journey with ------- as the main character!

If you have any questions, make sure to stop by our Forum or Discord.