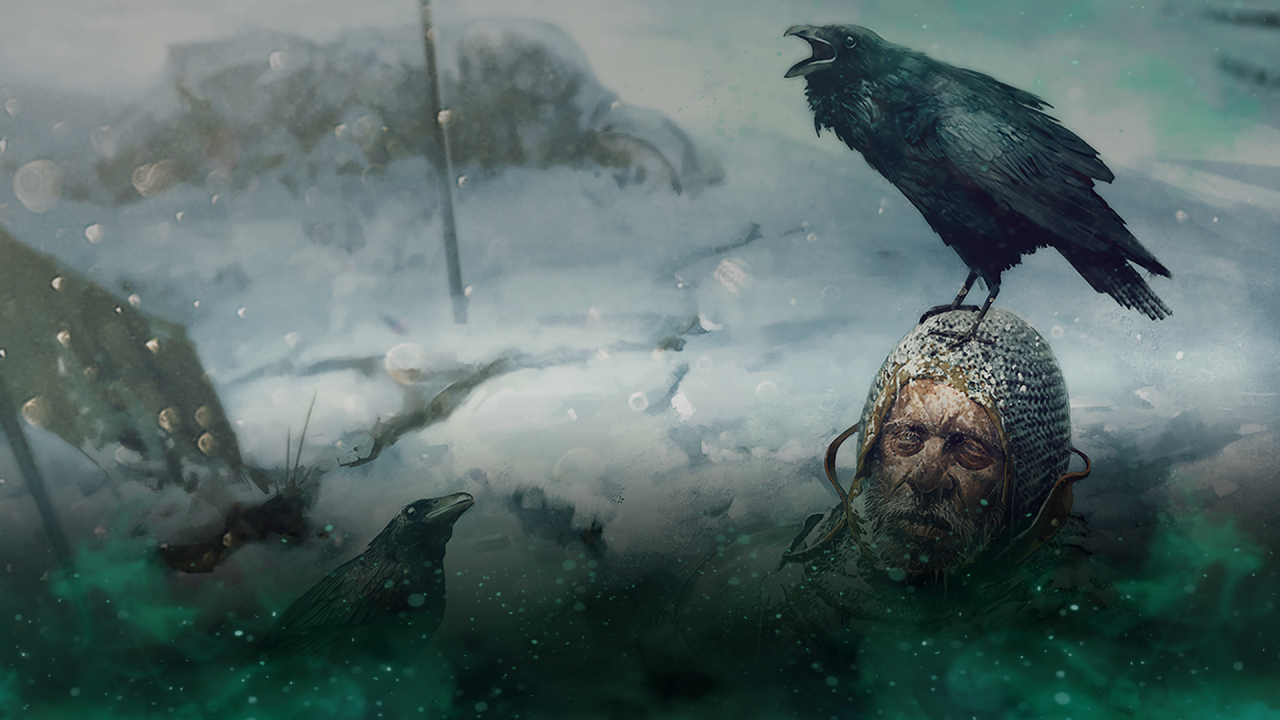 Besides over 70 new cards coming with the new Master Mirror expansion, Update 7.0 packs a lot of balance and quality of life changes for everyone to enjoy. Take a look at the full list of changes below:

1. The Play Menu has been redesigned to improve the understandability of the different game modes, and brings with it numerous other new features and enhancements to the user experience.

Developer comment: Since Spying was used both to describe a status effect and distinguish between units that have to be played on player's or opponent's side, we have added a new keyword, "Disloyal" so the distinction between the two is crystal clear.

Disloyal is a keyword for units that have to be played on Opponent's side of the board.

Spying is a status that units gain when they are played, moved or spawned on opponent's side. As a status it can be granted by other effects or removed by using Purify

Developer comment: Biting Frost, Impenetrable Fog and Torrential Rain will now spawn the effect for 3 turns and cost 5 provisions. Frost will exchange it's ability with Fog, as Frost is used by Wild Hunt and hitting highest unit will help them get and maintain Dominance.

Developer comment: Cataclysm spawned by Ragh Nar Roog is now more powerful than other Row Effects, as it deals 3 damage split by all units on a row each turn, but the effect will no longer last forever. Under ideal circumstances, the effect will still easily reach value over it's provisions, given enough time.

Developer comment: Clear Skies is now much better for your unit's morale, boosting an entire row of them by 1 for a pretty affordable provision price.

Developer comment: Iris Von Everec Is stepping out of her niche of being the ultimate tech card. She will now provide a decent amount of value over time and be a neutral option to get Vitality, which as it turns out is rather unique.

Developer comment: Row Effect clear as a mechanic has been removed. As all row effects have rather predictable value, do not provide a lot of points on play, require units on a row to have any effect at all and can be stopped with both Armor and Shields, it made no sense to keep a legacy mechanic like weather clear around just to deal with them. All row Effects have been additionally balanced in absence to straightforward counters and their tooltips will make a lot more sense now.

Developer comment: Avallach has received a minor buff to his base power to meet the row effect changes half way.

Developer comment: Scepter of Storms now costs 6 provisions as a price for it's versatility in conjuring any bronze row effect, with all of them being priced at 5.

Developer comment: Scout moves ahead fearing no statuses and leaving his old job of controling weather behind.

Developer comment: Shupe will now summon random row effects for exactly 3 turns, which makes him better in some cases and worse in others, adding extra layer to his variety.

Developer comment: Thaw keeps it's boosting component and instead of ending row effects and becoming weaker as a result, it protects the boost with Veil status.

Developer comment: Olgierd Von Everec now has base power of 7 to match his Immortal variety.

Developer comment: Locking Marall's order to Melee row gives players an additional way to deal with his ability to slay any unit he chooses if left to his own devices.

Developer comment: Matching Geralt: Igni and Scorch in explosive potential and sometimes way surpassing them, Regis will now repeat his deploy ability only if the Initiative requirement is met. Just like with Scorch and Igni, it should slow down his ability to completely swing the game by forcing the player holding him to choose between playing him with extra power or taking time to set up the big play.

Developer comment: Another round of slight buffs to Neutral cards that have decent effects, but their stats drag them down.

Developer comment: Wild hunt is now secondary category and all Wild Hunt units have gotten primary category to match their race. Did you know most of them are Elves? #lore

Developer comment: Crimson Curse was always quite difficult to make use of, as it required a sacrifice, specific deck composition and some time to gain value. Now it spawns Ekimmaras on play, making it faster, and Blood Moon synergises better with what Vampires want to do as an archetype, by becoming an offensive, long lasting row effect that applies Bleeding or deals damage when the target is already Bleeding.

Developer comment: Foglet and Wild Hunt Rider were the last units that summoned single copies of themselves from deck instead of all the copies, so they were changed for consistency.

Developer comment: Ge'el's ability did not fit his Wild Hunt tag very well, so it was swapped with Weavess. Now he can help his Elven brethren establish Dominance.

Developer comment: Changing An Craite Warrior's base ability to Bleed 3 will make fulfilling his extra condition to be played from Graveyard feel more like an extra condition and not a necessity to see any value from the card.

Developer comment: Gaining some points in form of a token after using the Mask of Uroboros should make it more competitive, with or without cards that can take advantage of the Discard effect.

Developer comment: Engineering Solution now Boosts by 4 so even if the Shield it grants is removed with 1 damage ping, it still reaches the value a player could get by using Tactical Advantage instead.

Developer comment: Slight shift in all of the stats of Temerian Drummer makes him easier to include in the deck without rising his power or sacrificing his survivability.

Developer comment: When Crewed, War Elephant will not trample his allies, and simply boost for full value. It's a simple change that will make it simpler to use the Order without relying on drawing Shielded or Armored units.

Developer comment: In addition to requiring unit category to be completely unique on your board, the unit will now have to be played on the row where Harmony units are to trigger the effect. Harmony is proving time after time that simply playing unique categories for more points is quite simple for Scoia'tael. This change should sufficiently complicate getting value out of Harmony, as row space is a limited resource and a lot of effects for the faction are tied to playing cards in specific rows.

Developer comment: While getting Vitality for stacking Armor is an interesting effect, in practice it did not end up being valuable enough, as Vitality takes a bit of time to gain the points and Armor is not very easy to stack tall. Her new effect will now guarantee the vitality regardless of the target's Armor value or give players an extra option to stack Armor.

Developer comment: Saskia used to have a fairly complicated effect that ended up bringing very little points outside of very specific cases. Her new ability coupled with unique primary category should let her find steady value in most situations, while offering versatile support to most tribes and archetypes.

Developer comment: The point floor of Aglais has been bumped up as the card does not get much value without a lot of additional support and duplicating boost is as vulnerable as ever to resets and tall removal.

Developer comment: Arbalest's ability was made Neutral through Squirrel, so he has returned to interacting with units under Spying status, aiming straight for their Knees.

Developer comment: Emmisary has dropped by 1 provision to better match the cost to his effect, which is steady net 5 points and potential synergies.

Developer comment: Impera enforcers have been changed to gain charges whenever an enemy gains Spying instead of getting them only when Disloyal units are played. As there are more ways to give units spying beyond just playing Disloyal units, the damage has been lowered to match.

Developer comment: Since Nilfgaard has a lot of cards that passively benefit from Disloyal units, Rainfarn of Attre has changed to more actively take advantage of playing those units, boosting them or giving opponent's units Spying status.

Developer comment: Tactics created by Stefan Skellen are now going to be banished after use to stop him from taking advantage of Echo mechanic. The ability did not change functionally and you are still likely to see nothing but Bronze cards when copying Bribery.

Developer comment: Having no coins was intentionally an awkward condition for Congregation, but with coins carrying over between rounds and Firesworn archetype leveraging receiving coins on spawn, the return was not quite high enough to justify that condition. Now as long as there are other Firesworn on the row you target, more Zealots will congregate.

Developer comment: Procession of Penance now counts all cards with both Firesworn and Token categories so they can continue their march along Knights of The Flaming Rose.

Developer comment: Sacred Flame has been changed to an active ability instead of a passive one. It was often difficult to ration enough spawn cards between the rounds to make Sacred Flame reach it's full potential. Now it will boost all cards in it's own row when Order is used, so it still takes advantage of swarming, but does not explicitly require summons to pay off.﻿

And this concludes the patch notes for Update 7.0. If you have any questions make sure to ask our Senior Community Manager Pawel Burza through his Discord or on Twitter!!

Okay perhaps not directly at him but in all seriousness: If you do have questions, we have a great Forum and Discord where there are many many people happy to help and explain cards and interactions: